Herculaneum, Italy – Make Sure Not to Skip It!

You ask, where and what is Herculaneum?

When traveling to the southwestern region of Italy many people think of Naples, the Amalfi Coast, or Pompeii and not Herculaneum. However, I think you are missing out and should pencil in a few hours for a tour of the ancient town of Herculaneum.

Herculaneum is the smaller, yet wealthier sister town to Pompeii. This town was also destroyed in 79 AD when Mount Vesuvius erupted. The fate of the two towns was similar, but different dynamics preserved them in two different ways. Pompeii was covered in ashes and Herculaneum was buried under more than 70 feet of hot mud and volcanic material. Because of this more objects and structures we preserved.

It was known to be the popular seaside city for the elite Romans, so being such high class the grandeur of the buildings and decor is spectacular.

In 1738 excavations began at Herculaneum, 10 years before Pompeii. Today still only part of the site has been excavated as concentration on preservation has been more of a focus. However, there still are some wonderful things to see. Come along and join me on a tour of the must-see stops while at Herculaneum.

There are two entrances to the site.  I would suggest starting by going in through the tunnel (entrance on the left-hand side). From here you start your visit from the ancient shoreline, plus you save yourself an uphill walk at the end.

At the ancient beach, many were sheltering in little boathouses, some on the beach, probably seeking rescue from the sea when the volcano erupted. Sadly, approximately 12 hours after the beginning of the eruption the heatwave struck the town. With the temperature over 800°F, it was instantaneous death for the people there.  In 1980 more than 300 skeletons were found here.

Hint: The skeletons that you see here are no longer the real ones, but are reproductions. They were placed in the exact positions in which the real ones were found. This is still extremely dramatic and makes a statement.

HOUSE OF THE RELIEF OF TELEPHUS

Although today compared to the other structures it is not as grand. But at the time before the eruption, the House of Relief of Telephus was one of the biggest houses in Herculaneum. It had a great garden and terrace overlooking the sea, which unfortunately during a tour you cannot see. However, you need to go in to see the atrium.

You will see the typical for the times impluvium, a basin in the floor for rain water collection, even though Herculaneum had fresh running water in town. Now, look at the wall to your left. Notice the colors. You can see yellow merging into red. The middle panel would have been entirely yellow. Due to the heat, many of the yellow pigments were “burnt” into red. If you notice a lot of red, it was not originally that color. On the right hand side, there is a replica of Telephus, son of Hercules (namesake of the town, Herculaneum).

History: The Acheans, on the way to Troy, disembarked at the wrong place and attacked the wrong town of Misia. Telephus fought back and defeated them but was wounded by Achilles. The wound would not heal, so the story goes that only Achilles could save Telephus by scraping some rust of the same spear right where the wound was. It worked and the leaders agreed that Telephus would lead the Acheans to Troy.

Hint: Did you know that Rome would have never been established if Troy had not been defeated? Aeneas would fall from Troy and his descendants would later be established.

The fine decoration of this house shows how the owner was thriving financially. Before you step in, on the right side of the door there is a thermopolium, a fast-food restaurant, which belonged to the owner of the house. You can still see the counter, the stove (at the far back right corner). Look at the upper floor; you can see a charred wooden screen to separate the shop from the storage area.

Once you step into the house and immediately see the mosaic of Neptune and his wife Amphitrite right at the end, hence the name of the house.

This house had no garden, so an artist painted one to give you the illusion that there was one. It made the room feel larger then it was. Notice the 3D painting, really neat!

To the left, you will see a beautiful mosaic of nymphs which is actually hiding a water tank. You ask why? The yard that you are looking at is an outdoor dining room. There were three masonry beds with a fountain in the center. So as you see in an old Roman movie, it actually happened where they dined lying down, usually for parties.

Tip: When leaving the house, don’t miss the last room on the right. There are a stove and toilet in the kitchen. I know, strange, but it was easier with the sewer system to put them in the same room. Herculaneum did have a sewer system and was way advanced for the times as advancements such as sewer came many centuries later in many European cities.

Just across the street and a few feet downhill from the House of Neptune and Amphitrite is the entrance to the women’s bath. Yes, men and women were separate! Public baths were a fundamental part of daily life as only a few would have private ones in their homes.

The first room is the waiting area lined with masonry benches around the perimeter for those to wait their turn.

Once you step in you will be in the changing room. Look at the incredible black and white mosaic on the floor. Triton, a merman, upper body of a man, and a tailed lower body of a fish (son of Neptune and Amphitrite) is represented with marine floral, dolphins, octopus and other fish. All around the wall are still visible shelves that were used to store clothes.

Tip: Look toward the entry and above. You will see and circular window with traces of ancient glass.

The second room is the tepidarium, which was the warm room, which would have been heated by a stove with hot coals. Again, you can see the shelving. The mosaic on the floor portrays vases, a trident (the three-pronged sword), and phallic symbols.

Hint: The phallic symbols in Roman times were not for what you are thinking, but to protect against evil spirits.

The last room, the caldarium, was heated up under the floor by warm air from the ovens. On the right, the hot bath is still there. It was made of marble; the two benches are red and white. Opposite the bath is where the labrum once was, it was removed in the 18th century), it was the fountain with cold water.

Fun Fact: Were clothes safe enough on the shelves?

Have you ever heard of the BATH CURSE TABLETS? (Bath, England)

Well, such tablets were written by clients of the baths invoking the intercession of goddess Sulis Minerva in returning their stolen goods and to curse the thieves

So long as someone, whether slave or free, keeps silent or knows anything about it, he may be accursed in (his) blood, and eyes and every limb and even have all (his) intestines quite eaten away if he has stolen the ring or been privy (to the theft).

Although Herculaneum is much smaller than Pompeii, you can see a lot in 2-3 hours. It is well worth your time to explore the elite ancient Roman seaside village of Herculaneum while you are visiting the area.

If you are on a cruise and are porting in Naples, many tour organizations offer combination Pompeii and Herculaneum tours.

This article was written in partnership with Licensed Tour Guide; Alex Falanga of Tour Pompeii, to ensure facts and content accuracy.

Alex has been living in Pompeii since his childhood and has a love and a passion for history, archeology, and geography.

He specializes in the guiding tours in Campania Region, which includes Pompeii, Herculaneum, Capri, and Sorrento.

To book a tour with Alex or ask questions, go to www.tourpompei.com

There will also be a link to Tour Italy on our Travel Resources page.

Be sure to check out Cernys’ Journeys articles on Pompeii and Venice! 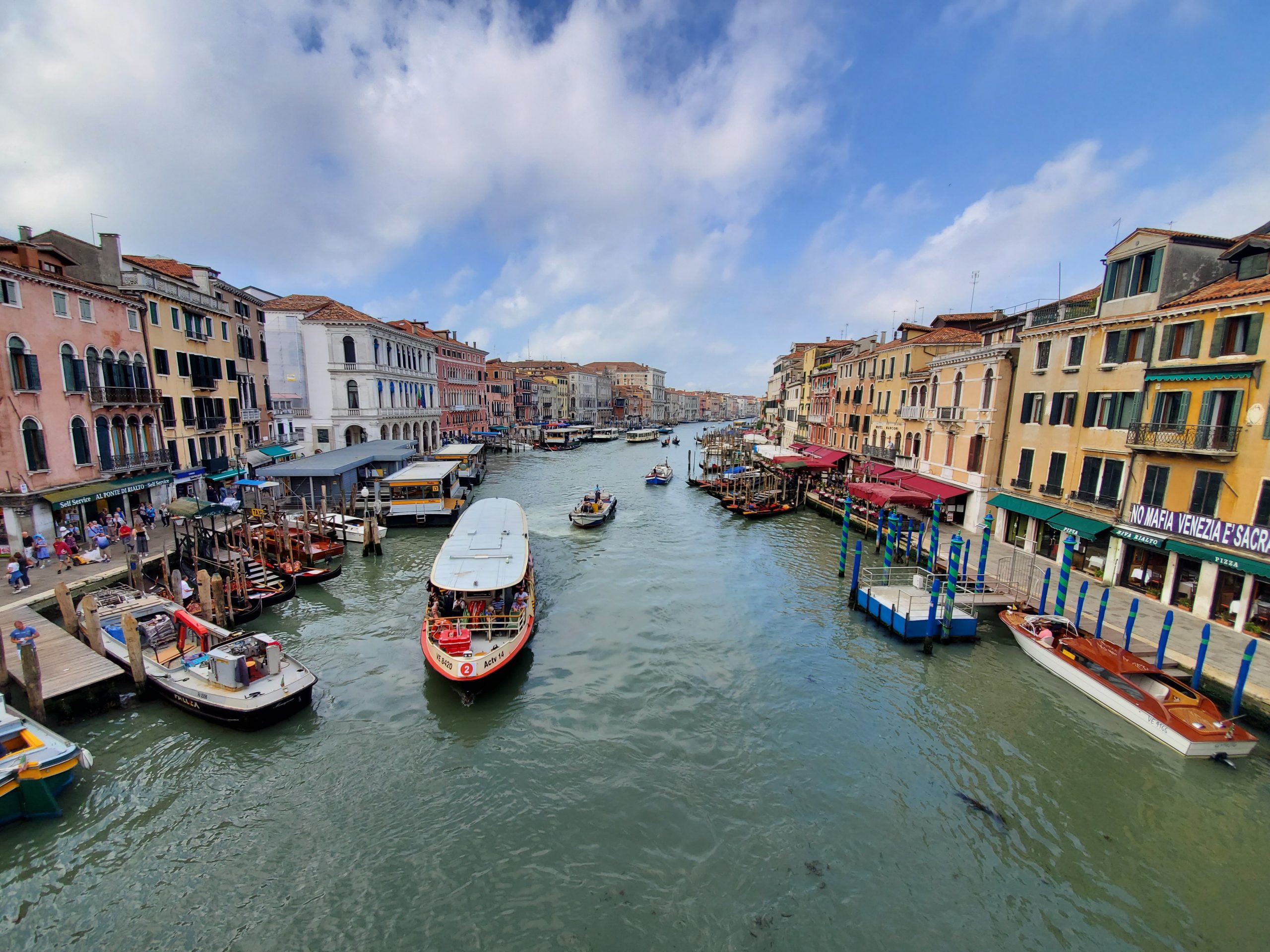 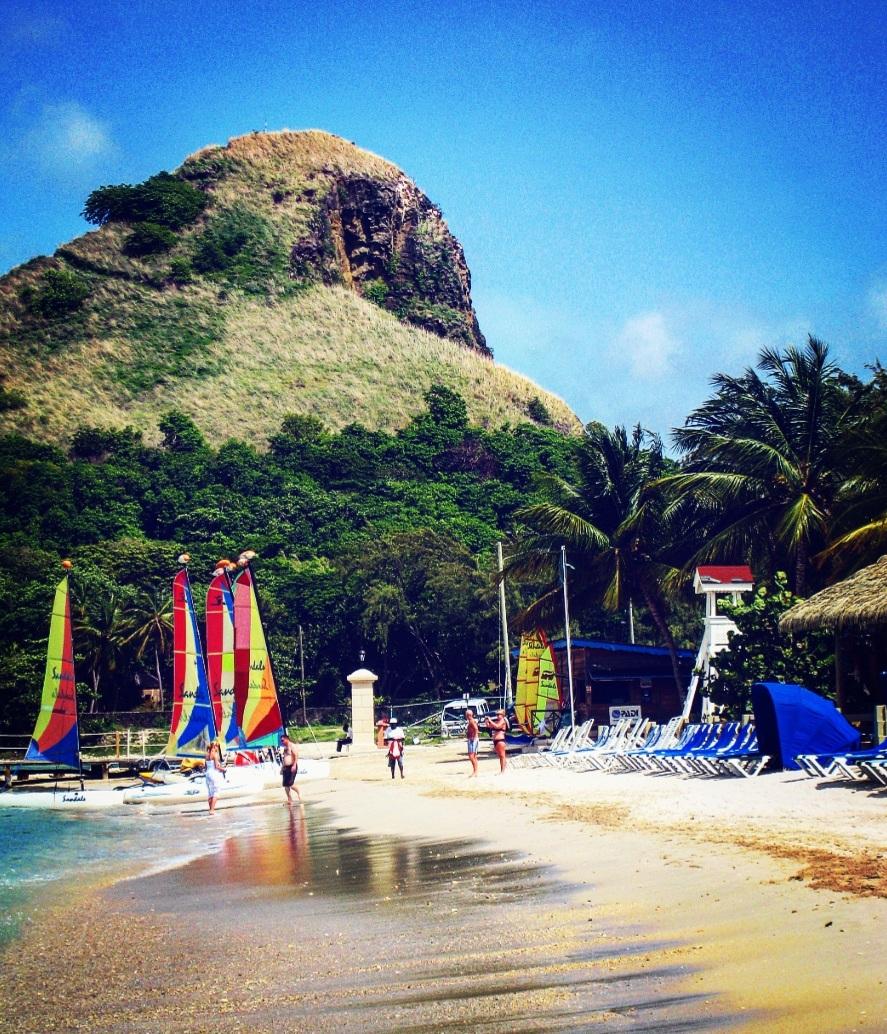